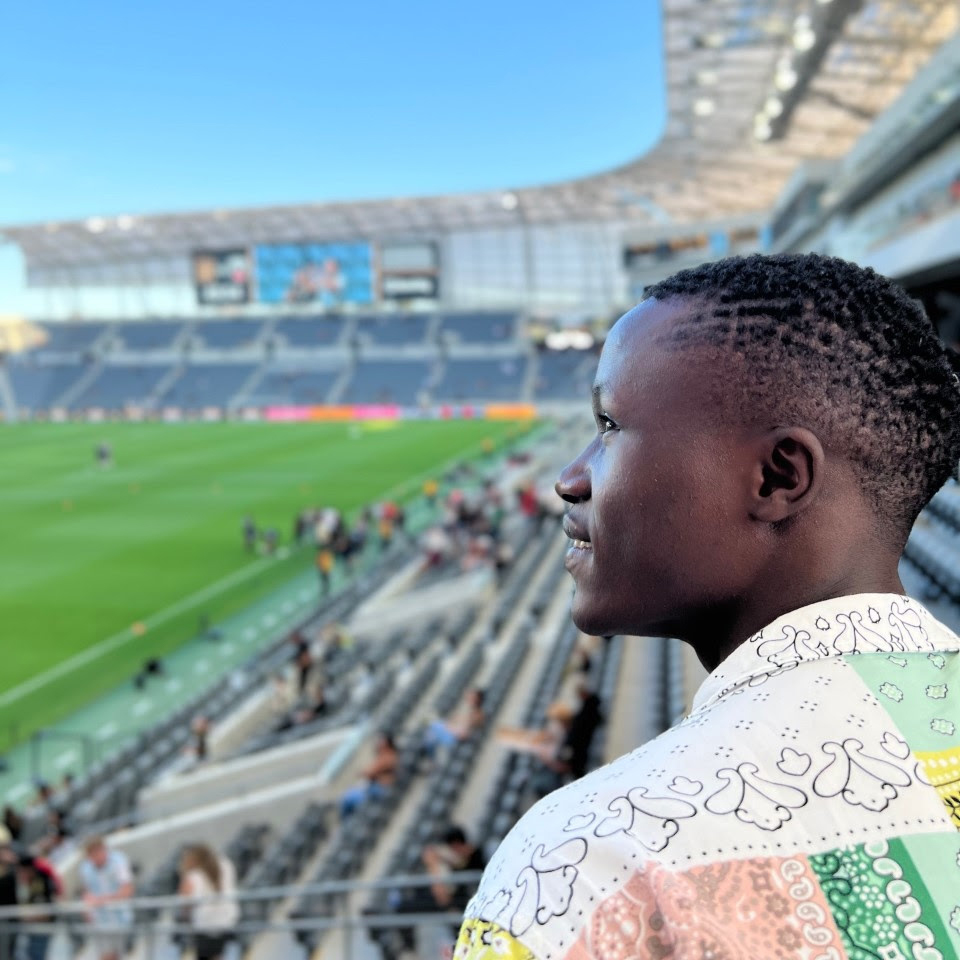 08 sep ISAAC IS READY FOR TAKE-OFF

History has been made at El Cambio Academy! Our first student, Isaac, is going to the United States of America on a four-year scholarship!

Before he travelled, the whole Academy had arranged a farewell party for Isaac. The founder Thomas, Isaac’s best friend James, and Isaac himself held an emotional goodbye speech, which moved us all. The whole team also made a short film, where everyone had a chance to say goodbye and good luck. They were also able to express their love to Isaac, as they have shared some wonderful memories together from his time at El Cambio. The farewell party ended with a big cake, decorated with American flags.

The day before he travelled to America, he played his last match at El Cambio in a tournament in Kampala. The day he travelled, he had the pleasure of saying goodbye to his grandparents, who had made a huge Ugandan dinner for him.

Isaac’s first time to be on an airplane had come! Although excited, Isaac was very nervous but the journey on the plane to Los Angeles went according to plan and he arrived safely. Isaac’s first days in America were spent doing a lot of things for the first time! He met his host family, visited the beach, played minigolf, watched a live football match in a stadium and tried a burger. He also had time to facetime his friends at El Cambio and got to tell them everything about his start to life in LA.

Now he has moved into his dorm at his new High School and finally got to meet his roommate. He is of course very excited to meet all the other students and start his new life in these surroundings.

A documentary has been made to follow Isaac´s Journey from Uganda to LA, along with his life in LA. “Where do my feet take me?” is a documentary capturing Isaac´s new life and his journey so far. 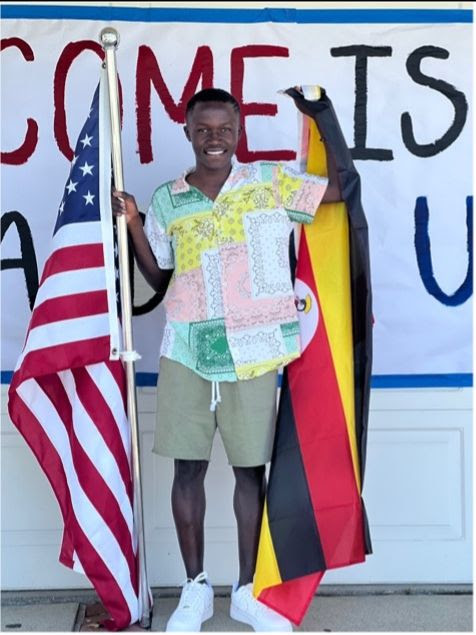