Give the game to the player – do not take it from them!

The winger loses the ball as he tries to challenge 1v1.
The coach: “Play it safe next time”!
The player dribbles again and lose the ball.
The coach yells: “Play the simple now”!

The more a player is trying to make a difference, the more he is told not to.
The player now has his full attention to play safe, and for the world not to do any mistakes.
It’s now just about passing the ball to the nearest player.
To get going again.

Going again, we ask?
To do what?
Yes, to become an avarage soccerplayer, we think.

“They get punished by losing the ball – both the player himself and the team every time a player fails,” the critics of this article would add.

They are absolutely right.
It has cost for the player to lose the ball – but a lot more than it should.

Few actions have created a lack of confidence and the desire to create has disapeared.
This is serious!

Conversely the cost for team are much less than we assume.
In reality, we as a team just lost the ball once again, as we do between 300-500 times in a match.

“Well, he dribbles, where we have the opportunity to create a breakthrough”.
“It is a critical situation”, some coaches would say.

Yes, but it is precisely in situations where we have space to create chances, we need the creative touches.

This is where we need to develop players to make the difference.

Which is fun and inspiring to look at – and to cheer for.

By assigning the player to play safe, we create a defensive mindset, where the player gets stripped of his creativity and desire to challenge.

The creativity to be crucial with its strengths perhaps as early as next action is now just an illusion.

And what if this next situation is obvious to challenge 1v1?
Should the player then continue to play safe?

The reality for the player is now fear of failing based on a mindset created by the culture around him.
The player must in our point of view, instead learn from his mistakes, and get an understanding of when and why he must dribble.

The player will learn this by repetition, where he both succeed and fail.
Furthermore the player learns this through constructive dialogues with coaches and teammates.
He should be encouraged to try again when the situation is favorable.
That’s what it’s about.

He must, based on past experiences make a decision on his action, and not as it is often make it on the basis of an external threat.
This creates an offensive positive mindset in the hope and belief that the next time he makes the difference for the team.

Then we move the ball and do not create any creative football players.
Let us pay a tribute to those who try to make a difference while making them aware of their choices.

What about the players who dribbles without an eye for other players ?.
Who are consistently egoists.
Should we just encourage them to continue?
Yes!

It’s the players who have the courage – and probably the technique.

Again, it’s for me as a coach to create awareness.
Why should the player himself and their team get robbed of this value?

What will happen over time?
The player will probably and hopefully challenge with his strongest weapon when the time is right, while based on an accumulated knowledge (many repetitions), takes other more appropriate decisions when time is not for it.

The big difference here is that the player has accumulated the technical skills over time, and retained the great pleasure that lies precisely in being creative.

Frustration over the player who attempts a dribble after a failed action is to discern.

If the player successfully takes a player on 1v1 on his second action after failing the first time, certain reactions are funny enough a bit different.

“Play Safe” has dissapeared and applause takes over.

Play the game now – and when you are doing mistakes! 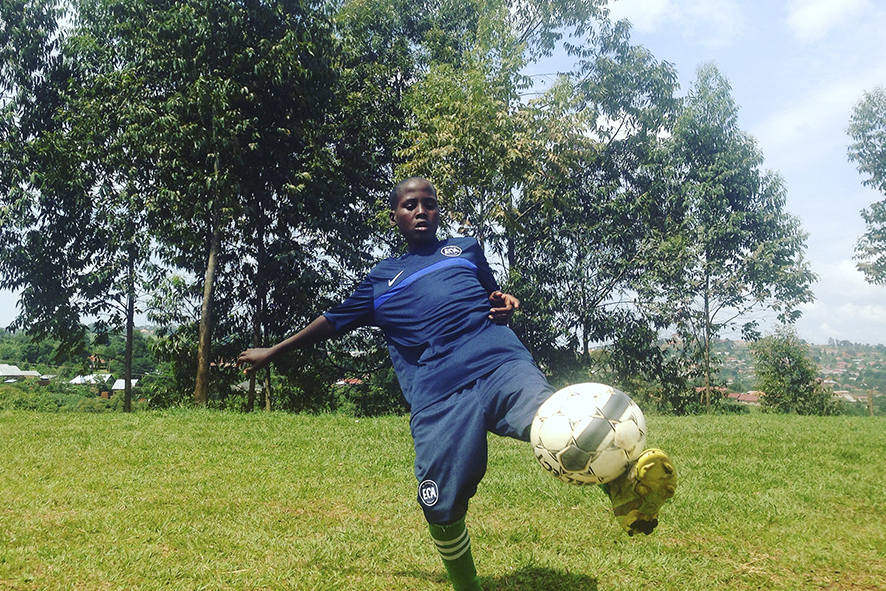